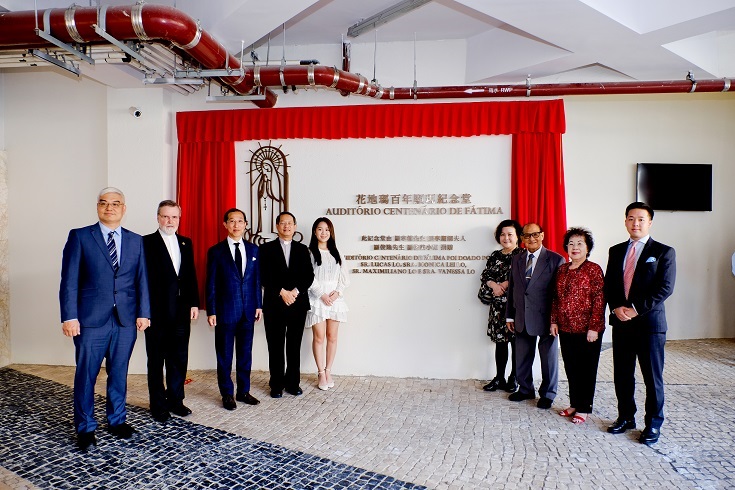 On 29 October 2018, Chairman Lucas Lo and Deputy Chairman Maximiliano Lo attended the "Unveiling and Donation Ceremony of the USJ's Centennial Hall" and donated 10 million dollars to the establishment of new campus of University of St. Joseph. It is reported that the new campus covers an area of 1.5 hectares and is expected to accommodate 2,200 students.

Chairman Lucas Lo delivered a speech at the ceremony, saying the establishment of new campus gives him a sense of satisfaction and recognizes his lifelong devotion to education and contribution to the community. He hopes that the donation will not only improve the standard of higher education in Macau, but also help USJ to become a leading university in Macau. He expects to get more teenagers to participate in charity projects by the inspiration of his contributions and actions. His devotion to education is inspired by his mother who was a teacher when he was a child. He realized that education can change one's fate as well as his / her family. Therefore, he is committed to help those in need through the contribution to education. Chairman Lucas Lo also said that one of the main reasons for the setup of the "Lucas Lo Fund" is to support and sponsor the educational and charitable projects which can nurture future talents.