Promote the implementation of economic and trade exchanges and cooperation between Shaanxi, Peru and Macau enterprises 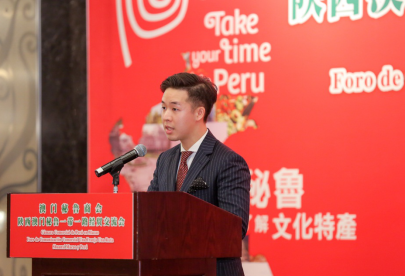 As a representative of Shaanxi-Macau-Peru enterprises, Deputy Chairman Mr. Maximiliano Lo, initiated and signed a memorandum of Strategic Cooperation on Economic and Trade Development for Shaanxi-Macau-Peru under the witness of the government leaders.